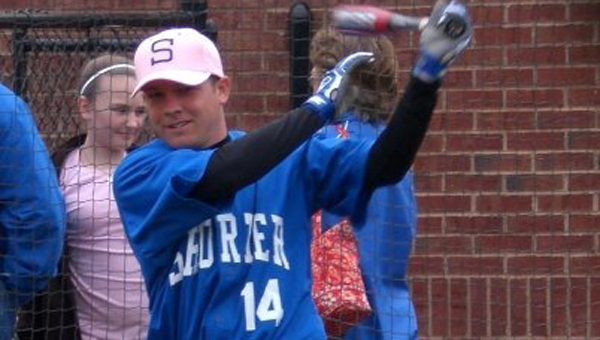 Bart Butler during a Breast Cancer awareness game in 2009.

Young boys at the age of 14 can be found battling the usual things such as puberty, bad guys on a video game or simply overcoming their strong dislike for something such as a math class.

In addition to battling those “normal” things, Bart Butler of Demopolis faced a diagnosis of Acute Myelogenous Leukemia (AML) in December 2001 when he was only 14.

“I naturally have an outgoing and joking personality,” Butler, who is now 25-years-old, said. “So I just tried to remain in good spirits throughout that time.”

He turned 15 later in December of that year and for the next 7 to 8 months he experienced a life-altering journey traveling often to Children’s Hospital in Birmingham for treatment and a bone marrow transplant.

Bart received his bone marrow transplant from his older brother and he said his brother was a perfect match.

“He had no problems doing it for me. They said there would be fewer complications if the person was a perfect match and a family member and my brother were both,” he said. “I am truly blessed, there’s is no other word to describe it.”

Although Bart had to take time away from his favorite sport baseball, his parents, Gary and Debbie Butler, along with other family members served as a means of support and encouragement.

“We were humbled and so grateful for the love and support offered to us from family, friends, church family, co-workers, community and complete strangers,” Debbie said. “Our faith got us through this horrific ordeal. God intervened in so many ways.”

One of the characteristics of a small community is how it bands together during times of trouble and the Butler’s saw this when Bart was diagnosed.

“When I was sick, I really saw support coming from every direction,” he said. “I just felt very blessed at how everyone including the community responded.”

Cancer took Bart off the baseball field for about a year and a half. However, it didn’t stop him from getting back into the game and ultimately, getting on the opposite end of the ball as a coach.

“Baseball is really his passion and coaching baseball is what he was born to do,” Debbie said.

Since he was able to swing a bat for Tee-ball around age 5 all the way to his college baseball days, Bart said he has loved baseball.

He served as the assistant baseball coach for Marengo Academy about 2 years ago and then moved up to the coaching position, before leaving to pursue his master’s at Auburn University.

“At first, I thought I wanted to coach college, but now I know it is my calling to coach high school students,” he said. “It’s just a calling of mine and there’s no question about it.”

On May 26, 2012, Bart exchanged nuptials with his wife Katie, a nurse, on their wedding day. In a special way, aside from the love the two share, they are connected in a different way as well. 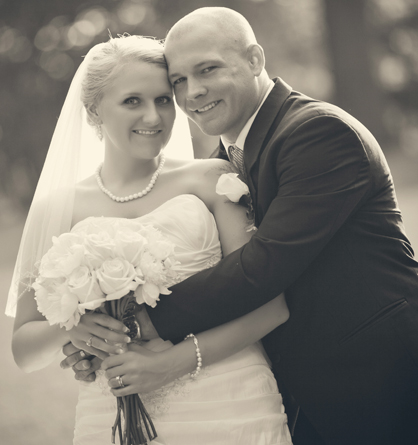 “During the time when I was battling cancer, the nurses at Children’s Hospital were there to be more than a nurse for me, they were a means of support,” Bart Butler said. “So now I am sure to share that with my wife so she can be that support for someone else.”

Currently Bart, who is a 10 year cancer survivor, lives in Auburn with his wife and he attends Auburn University seeking a master’s in Business Education with the goals of coaching and teaching.

“I have seen what cancer does to people, so it is important to keep bringing awareness to the disease,” he said. “That way, money for the research will continue to come. It may not be in you and I’s lifetime, but maybe someday there will be a cure.”