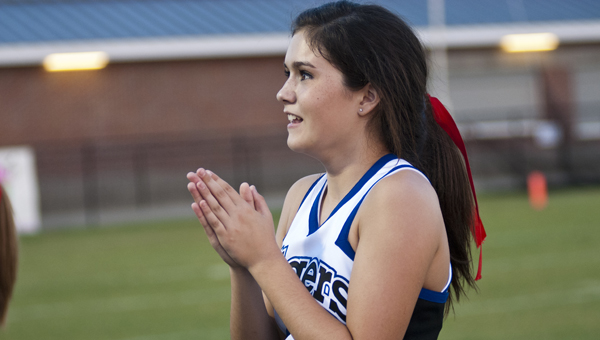 The Demopolis Middle School Tigers won their game against Greensboro on Monday night with a final score of 22-14.

DMS Coach Jessie Bell said he was pleased with the team and the crowd for coming out to support heart disease awareness. “We played well,” he said. 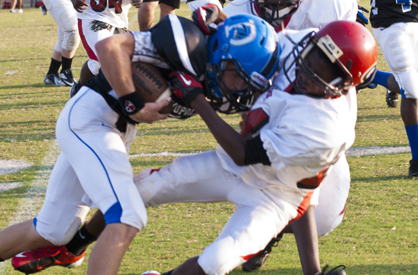 DMS QB Logan McVay rushing for yards in the game against Greensboro.

“We still have some heart disease awareness T-shirts left that people can come out and buy,” Bell said.

The red T-shirts read, “Rock the Beat” in reference to a heart beat and can be purchased from the DMS P.E department or the main office for $10 to benefit the American Heart Association. 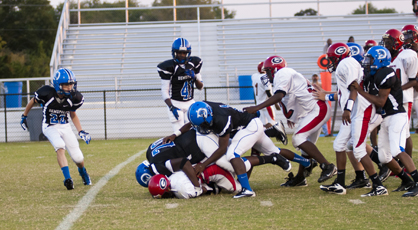