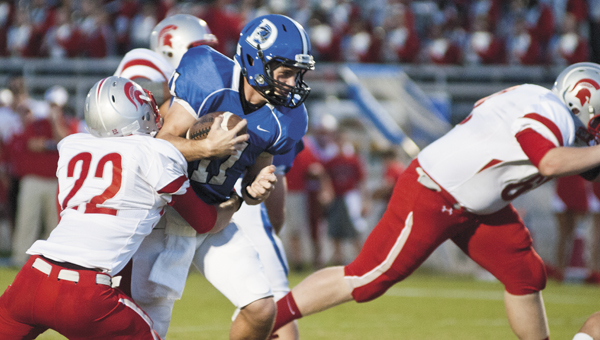 Senior quarterback Tucker Jones runs through a tackle against Saraland.

Tucker Jones is having an impressive season so far for the Demopolis Tigers.

The senior quarterback has helped lead the Tigers to a 4-0 start in 2012 after having his 2011 season end with a foot injury in the game against Thomasville.

“It felt weird at first being back out on the field and getting adjusted to the speed of the game again,” Jones said, “but I’m getting back into a groove now and it feels good.”

After the injury last season, Tyler Oates took over for Jones and earned the respect of his teammates and coaches so much so that there was a battle for the starting position before the 2012 season.

“I knew it would be difficult to earn the starting job back,” Jones said. “I knew I had a big challenge ahead of me because Tyler played great to finish out the season last year.” 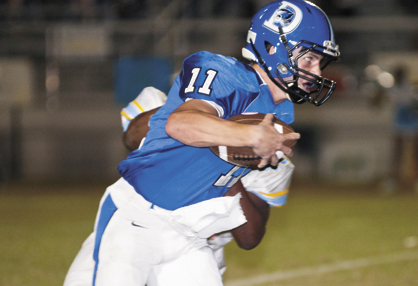 In the week four game against Selma, Jones led the Tigers in rushing with 61 yards on 15 carries and one TD. He said he would rather see his running backs leading the team in rushing. 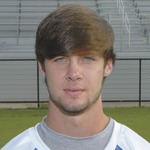 “I would much rather see my running backs lead the team in rushing,” he said, “but it lets you know that you’re out there running the ball hard.”

“In the jamboree against Sweet Water, we made a lot of mistakes and didn’t look very good,” he said, “but we have came together a lot since then and we are playing well now.”

He also said that he feels good about how he has been playing this season, especially over the last couple of games.

“I feel really good about the past couple games,” he said. “I feel a lot more comfortable throwing the ball than I did last season.”