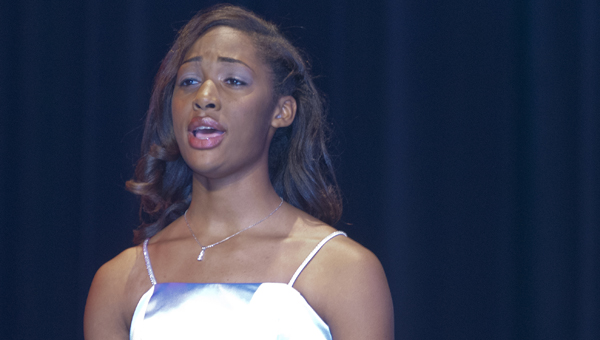 Alexis Jones was one of 13 semifinalist from across Alabama recognized by the National Achievement Scholarship Program. She is shown competing in the recent Distinguished Young Women of Marengo County program.

Semifinalists for the 2013 National Achievement Program were announced recently and among the 13 Semifinalists from Alabama, Senior Alexis Jones from Demopolis High School made the list.

Jones just found out that she scored a 32 on the ACT.

The program initiated in 1964 to recognize academically promising black students throughout the nation and to provide scholarships to a substantial number of the most outstanding program participants.

$2,500 Scholarships, which will be awarded on a regional representation basis.

More than 1,600 black American high school seniors who have been designated semifinalists in the 49th-annual National Achievement Scholarship Program.