Fairhaven Baptist Church members will welcome new pastor Scott Stevens and his wife Edna to the church family this Sunday.

“I am very excited to join Fairhaven,” Stevens said. 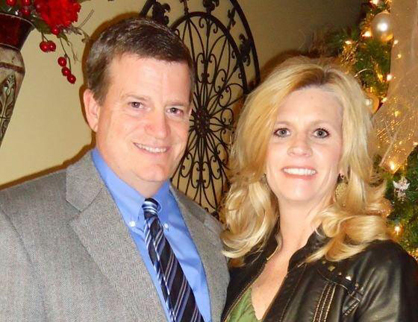 Stevens doesn’t come from a church too far, as he recently pastored Moundville Baptist Church in Hale County.

Stevens said he is ready to get started at Fairhaven and looks forward to working with other churches in the area.

“I want to have a big picture mentality as we all work together as a body of Christ,” he said. “I do plan to work with the pastors in the ministerial association.”

Stevens was born in Rex, Ga., which is about 25 miles from Atlanta. His wife has Alabama ties from Pickens County. The two met at Samford in Birmingham during their undergraduate years and have been married for 28 years.

Stevens and his wife have five children and their youngest is a senior at Hale County High School, where he will finish his studies.

He did his seminary work at New Orleans Theological Seminary school.

Stevens also has other ties to the area, as he got his start in 1987 at Gallion Baptist Church serving as the pastor for three years.

“I feel the spirit is leading us back to the area for a purpose,” he said.