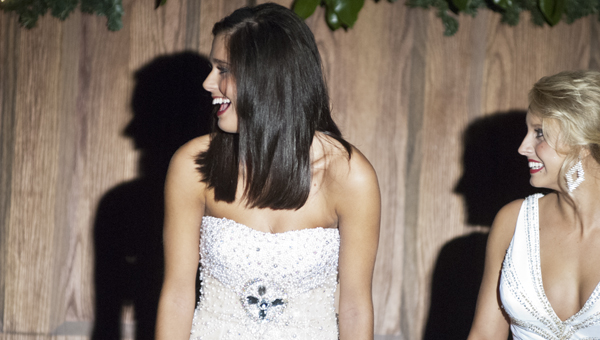 Anna Stuart Cramer (left) reacts to being named the 2012 Miss Christmas on the River.

Demopolis senior Anna Stuart Cramer was named the 2012 Miss Christmas on the River on Saturday. She is the daughter of Darrell and Cinnamon Cramer.

The three remaining COTR pageants are as follows:

•The Young Miss COTR will be Tuesday at 7 p.m.

•The Little Miss COTR will be Wednesday at 6 p.m.

All of the pageants will take place at the Demopolis Civic Center.

Tickets for each pageant will be $5 at the door.