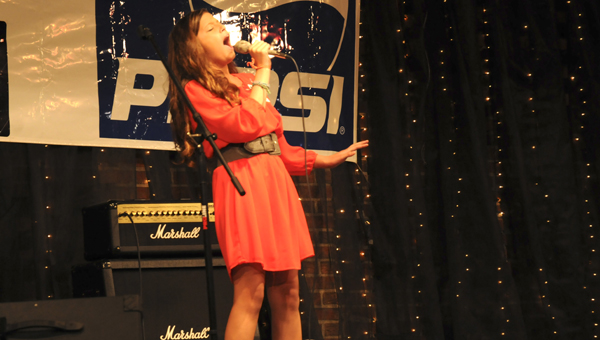 Residents from Prattville, Demopolis, Marion and even as far away as Meridian, Miss., all gathered at the Central Alabama Fair Thursday night in hopes of being named the 2012 Central Alabama Fair Sing-Off winner. However, it was a powerful voice from Selma who took home the title and cash prize of $500.

“I was shocked and surprised when they announced I won,” said Lynnethia Robinson, who won the crowd and judges over with “Listen” by Beyonce.

Robinson, who has been singing since age 4, found out about the Sing-Off while working at the post office and placing newspapers in P.O. boxes.

“While I was stuffing the boxes I came across the Sing-Off in the newspaper and that’s when I decided I was going to enter,” Robinson said. Along with helping pay the bills, Robinson said the prize money will aid in providing for her 9-year-old son.

Robinson, along with the 17 other contest participants, was judged on crowd appeal, vocal ability, stage appearance, charisma and overall talent.

Holly Brand, who traveled from Meridian, Miss., to compete, was the first runner up and received $300.

“I really like to sing and my mom’s best friend read about [the contest] so she told my mom and she asked me to do it,” Brand said. “I just like to sing any chance I get.”

Brand bellowed out Hallelujah by Leonard Cohen in the first round, which won over the crowd and judges and placed her in the top six for the second round of the competition.

Camilla Tutt, 13 years old of Demopolis, who also won best interview in the Junior Miss Central Alabama Pageant, was named second runner up and won $200. Tutt sang “Independence Day” by Martina McBride in the first round then “Hero” by Mariah Carey in the second.

Tutt’s mother grew up in Selma and her grandmother currently lives in the area, so she said she was excited when she found out about the contest and couldn’t wait to compete. 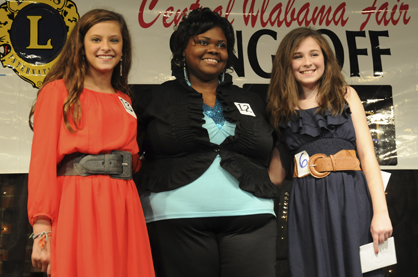 At the end of the competition, Carolyn Rowell of Fuzion 100 Radio, said she was very pleased with the outcome.

“The talent was amazing,” she said. “We had every age group and all ranges of songs and music.

We were surprised that one of the contestants was only 9 years old, and she was amazing.”

Rowell said contestants were selected from applicants who sent in test tracks, which featured them singing. Then 20 were selected to compete.

“I’m very pleased with the winner,” Rowell added. “I thought she sang with such emotion and soul. You really felt like she felt the song and the words all the way from the inside.”

John Haskell, Lions Club member and fair manager, said he was also pleased with the competition and can’t wait for next year’s.

“There was a lot of talent and I liked that it wasn’t just local people,” Haskell said. “It was people from all over the river region.”