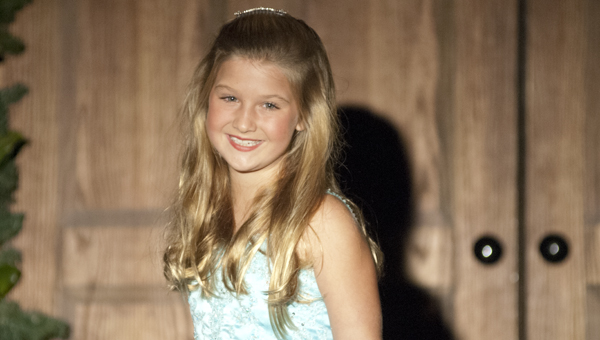 Miley Kimbrell Lee, a fourth grader at US Jones Elementary and Demopolis native, is the new Young Miss COTR. She is the daughter of Windham and Teila Lee.

Before naming the top five finalists, the judges chose the top 17 out of 30 contestants.

On Wednesday, Little Miss COTR will be named at the Demopolis Civic Center. Admission is $5 and the pageant begins at 6 p.m.