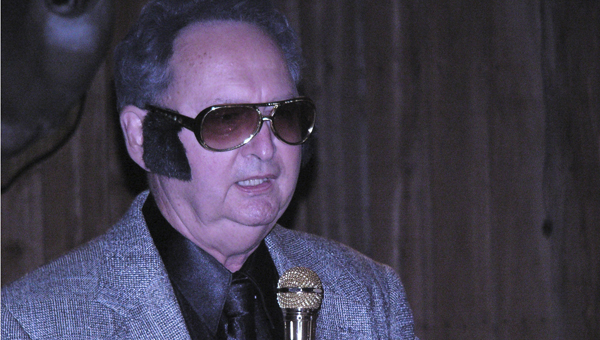 The Demopolis Kiwanis Club held its annual Spouses Night on Tuesday at The Red Barn.

The event marked the end of president Barbara Hill’s term and the beginning of Craig Schumacher’s.

New club members Matt Cole, Sherri Jones, Drew Martin and David Zipparo were introduced and awards were presented to Rodney Allen and Craig Schumacher for all their help this past year.

The Most Distinguished Award went to member Walton Roberts, who Hill says did the most work during the year, especially when it came to the fishing tournament and fish fry. 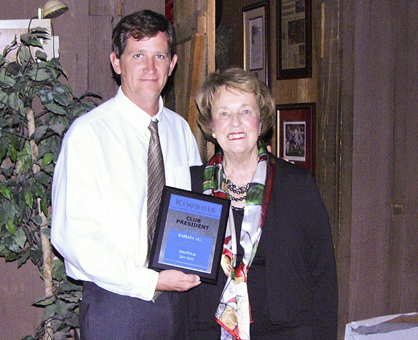 Also a plaque was given to Hill in honor of her service as president.

Elvis (First United Methodist pastor Art Luckie) also made an appearance and got lots of laughs out of club members as he serenaded them with songs from yesteryear.