Hinson is the EDA’s executive assistant and earned a scholarship earlier this year to attend Auburn’s Economic and Community Development Institute. 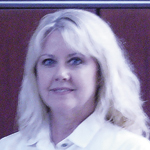 Hinson attended the first week of the institute in July and said the second part focused more on Alabama. She said they toured the Hyundai plant in Montgomery and industrial parks in Auburn, and also had speakers come to talk about tax incentives for businesses.

“We had people from the Department of Commerce come and talk to us about tax incentives,” she said, “and I knew of them, but not much about what went into them. I didn’t know much about them before that class, and now I understand it a lot more.”

She said it has already helped her in her work at the Marengo EDA.

“I have had to work on abatement papers since then,” she said, “and it has helped me a lot in that sense.”

With this course completed, she will become project manager for the Marengo EDA, effective Jan. 1.

Brenda Tuck, Executive Director of the Marengo EDA, said that she has already received compliments from board members about how well Hinson is doing since completing the course.

“I have had several board members tell me how great she has been doing since she finished the course,” Tuck said. “The things that she can do now will help us in being able to do a lot more than what we have been able to before.”