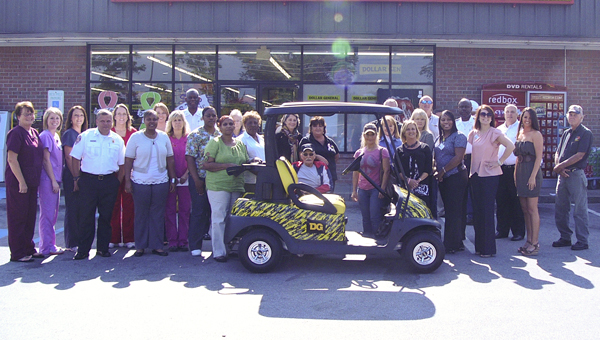 Representatives from the Demopolis Cares project gathered to donate a $500 Dollar General gift card to Harriet’s House in Demopolis.

Suzanna Naisbett, director of Harriet’s House was surprised to learn of the donation on Thursday.

“I was not aware I would be receiving this today, but it will go to purchase things for the shelter,” she said.

The donation will go to purchase food, linens, paper products and other needs of the shelter. The donation comes as a part of the Demopolis Cares project and during this month, which is observed for domestic violence awareness. 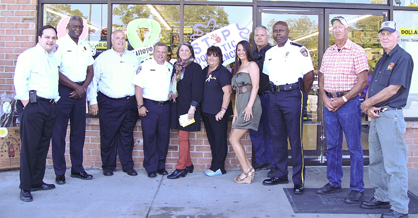 Demopolis Cares is a project comprised of local businesses that will partner together to place gifts in the hands of the elderly and less fortunate children this Christmas. The project will also benefit several other local charities.