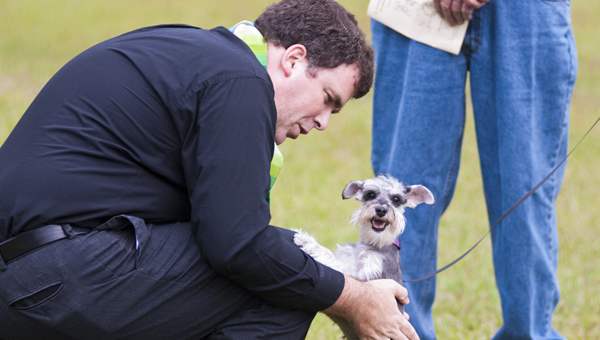 The lion and lamb did not lay down together, but 10 dogs and a litter of cats did manage to coexist without major incident Sunday during Trinity Episcopal Church’s Blessing of the Animals. 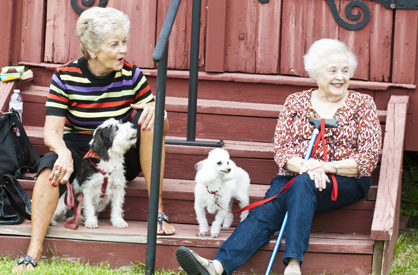 Anne Strange with Bob and Biboo Webb with Suzie prior to the service's start.

Trinity’s service was planned for the first Sunday of the month, but was rained out and rescheduled to Oct. 14. It was held as part of a Fall Homecoming at historic St. Andrew’s-Prairieville just inside Hale County.

“It acknowledges that Christian believe God is the source of all life — not just human life,” Barnes said. “As a portion of God’s creation, animal life does indeed have meaning, and it should be afforded some measure of respect.” 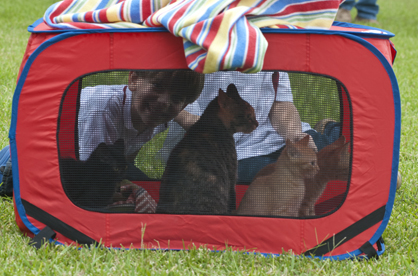 The service also gives owners a chance to thank God for their pets and the happiness they bring.

“Our pets mean so much to us. They are part of our families. They can be a comfort to us when we are scared, lonely, anxious or angry,” Barnes said. “Some animals are able to show unconditional love and devotion to us when nobody else will. Others can provide a source of entertainment and reflection of the miraculous world in which we live.”

For example, Barnes said his sons, Joseph and Samuel, have gotten a lot of enjoyment just from watching their goldfish swim around in their tank.

The service is also a reminder of the importance of being good stewards of the environment.

“It is obvious God put so much care and effort into the design of the little parts of the universe, what does that say about us as human beings?” Barnes said. “I believe it affirms the importance of our lives and the great responsibility we have been given to be good stewards of God’s creation.” 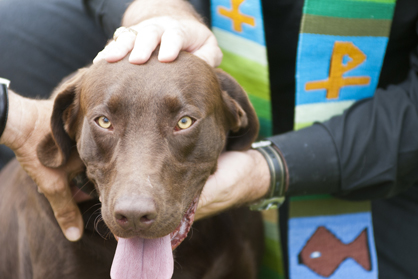 Buddy, Luke Hallmark's lab, is given a blessing.

On Sunday, 10 dogs and 4 cats were given a blessing as were photos of ones that couldn’t be present. The names of deceased pets were also read as a way to remember them.

Through the years, Barnes has blessed dogs, cats, hamsters, guinea pigs, a miniature pony and turtle, among other creatures.