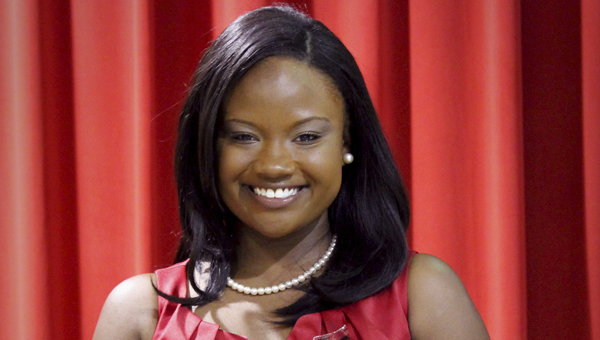 Chelsea Tucker of Linden was crowned Homecoming Queen at the University of West Alabama on Wednesday night. The court was presented for the first time at UWA’s annual Serendipity talent show, a long-standing homecoming tradition in Livingston. She is the daughter of Costella and Clyde Duke.

The queen and her court will be featured in the homecoming parade to be held at 10 a.m. in downtown Livingston. They will be presented formally during halftime ceremonies at the UWA vs. Shorter College game on Saturday. Kickoff for the game is at 3:30 p.m.

For a complete listing of UWA Homecoming 2012 events, visit www.uwaalumni.com.