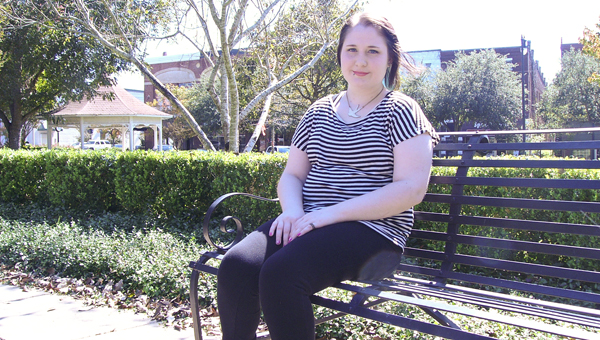 Leah Price of Demopolis was diagnosed with breast cancer in January 2011.

It’s a day 20-year-old Leah Price remembers as a blur.

“I never thought about breast cancer before, really — I mean I knew people got it at the age of like 40 or 50,” Leah said. “But, I thought that would never happen to me.”

A native of Demopolis, Leah graduated from DHS in 2010 and went on the Alabama Southern College to study cosmetology. During her second semester of college, she had to leave due to health issues.

Leah was at home when she first found a lump on her breast and went to the doctor at Bryan W. Whitfield Memorial Hospital.

After a biopsy revealed cancer, Leah started on her journey of chemotherapy in February 2011.

She recalls Dr. Ferrero of UAB being one of her favorite doctors, as she says he was the one who gave her hope.

“Not only did he walk me through everything that was happening, he was hilarious,” she said. “He really gave me hope.”

She finished chemo on July 5 of that year. Next she would undergo a mastectomy at the end of July.

Months followed Leah’s surgery where she even got sick again late in 2011. After enduring that, she was finally approved for Medicaid, which would aid her in getting reconstructive surgery in late September 2012.

“It was kind of funny because my plastic surgeon’s name was Dr. Fix,” she said with a chuckle.

She said for some of her initial procedures, she was uninsured. As a result, it has left her with medical bills she is now continuing to pay.

Leah said she will continue working at the Dollar General after she is done with her medical leave. After this period in her life, she began writing a lot about the things she has experienced.

“This experience has taught me a lot, I have met a lot of great people,” she said. “I realize how valuable life is now.”

Leah enjoys a wide array of hobbies from sewing, making things and drawing. “Well I like the idea of drawing, even though I can’t really draw,” she laughed.

Another thing she enjoys is spending time with her boyfriend Tyler Wrensted, who has been with her for four years. “He’s a trooper,” she said. “He’s been with me through all of this.”

Leah said there is a lot more left for her to do and a lot more she wants to do after being diagnosed with cancer.

One of the initial things she did was to get a tattoo that she feels is personal to her fight against breast cancer.

“The tattoo says ‘Forever Young’ and it has three birds surrounding it representing love, faith and hope,” she said. “The tattoo will remind me of my youth, because through this I never really got to be 18 or 19.”

Leah said before being diagnosed she didn’t really know anything about “self-check” breast exams so she encourages even young girls to begin those home exams and be aware.

“I’ve learned cancer doesn’t discriminate…age, size or gender, especially with me being this young,” Price said.