Meet Miss Christmas on the River 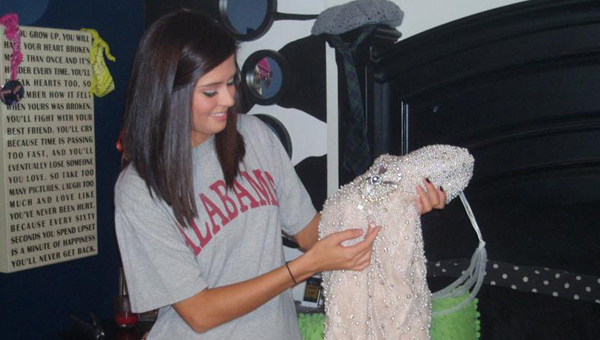 The new Miss Christmas on the River is Demopolis High's Anna Stuart Cramer.

Competition is nothing new to Anna Stuart Cramer. She thrives on it.

That’s one reason she entered the 2012 Miss Christmas on the River Pageant, and her passion paid off.

She will make a royal appearance at all of the events during the three-day celebration, beginning with the Christmas in the Canebrake open houses at the three house museums in Demopolis, wearing her crown and sash.

On the final day of COTR, Dec. 1, she will ride on the special float with the members of her court during the day parade.

Anna Stuart has become a veteran when it comes to competing in beauty pageants. She first began to take part in them several years ago in the younger age brackets for COTR. She also took part in the Princess of Hope pageant in Livingston, and she earned fourth alternate in the Miss DHS competition last year.

“I love pageants,” she explained.

The most challenging part of the Miss COTR competition, she admits, was the personal interview each candidate went through. She was asked her opinion of the new Alabama texting and driving law.

But Anna Stuart’s enjoyment of competition doesn’t end with her poise and appearance on stage in pretty gowns. Beginning in third grade she studied cheerleading and joined competitive cheerleading squads in Birmingham and Tuscaloosa. As she learned, she rose in her proficiency to level five, the highest level recognized in the sport.

She now is in her fourth year as a cheerleader for DHS.

The daughter of Darrell and Cinnamon Cramer, Anna Stuart already has begun to reach her academic goals for after high school. The honor student, whose favorite subjects are chemistry and math, is using a scholarship to take on-line courses from the University of Alabama in computers and Western Civilization. She hopes to have completed 14 hours of credit work by graduation next May.

Anna Stuar will spend a year of study at UA before transferring to Auburn University to earn a degree as a pharmacist.