DECA students open The Mine store 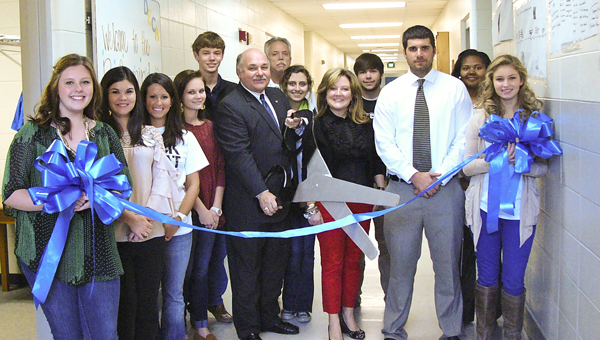 The ribbon-cutting ceremony for “The Mine,” at Demopolis High School signaled the re-opening of “The DECA Store,” fully run and operated by DECA students at the school.

The store serves as a fundraiser for the club, where students can support the club by purchasing nutritional snacks sold in the store.

There will be three stores located all around the school called Solitaire, Emerald and Marquise.

The new name for the store was inspired by the DECA symbol of a diamond, lending to the name, “The Mine.”

“This is a fabulous experience for students in learning how to run a small business,” Connie Davis, DECA advisor said.

She said students apply to work at the store and go through an interview, similar to when applying for a job.

The store has a manager, assistant manager, a product research team and an advertising team.

“The students are learning real work skills through this experience,” she said.

Connie Davis works alongside teachers Kelly Gandy and Courtney Taylor, who both work to run the other store locations around the school. 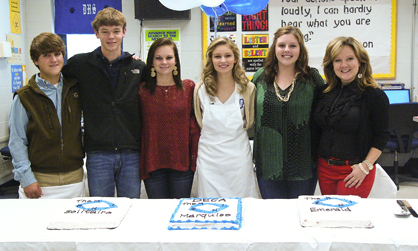 DECA students gathered for the reopening of the Mine. Shown from left to right is Houston Davis, Logan Boone, Bailey Petrey, Sydney Pettis, Taylor Cooper and Connie Davis.