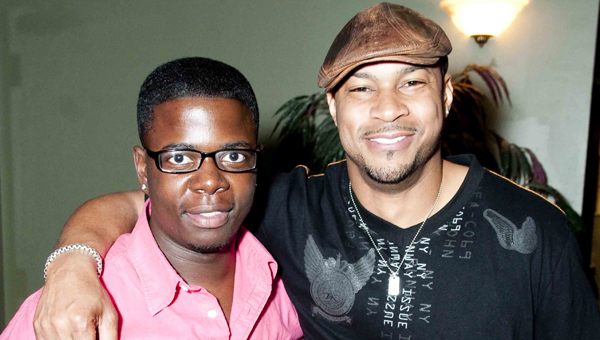 Clinton Catlin, 24, of Demopolis recently made an appearance on Bounce TV’s newest comedy series, “Off the Chain” back in October.

He said he recalls growing up in Mauvilla in Demopolis and lends most of the inspiration for his jokes to being from Demopolis.

“I was a class clown in school, I remember my desk being in the hallway during seventh period all the time,” he laughed.

As for the opportunity to appear on, “Off the Chain,” he attributes the credit to being a “blessing from God.”

He said he received an email from the producer of the show, unknowing of how the producer received his information, and then sent over a video.

“I appreciate everything I ever went through in Demopolis, all the bad and good times in Demopolis,” he said.

Clint said his journey into comedy included a lot of ups and downs. He said he dropped out of high school, then went to get his GED. He said he was incarcerated, but did finish college at Lawson State.

“I tried comedy when I got out, and I knew if I could get to an audition in New York, I would do well,” he said.

Through financial assistance from local people who believed in him, Clint got the money to go to the audition in New York and did well.

From New York, Clint performed in comedy clubs throughout the South and then went to L.A. for additional performances.

He said he oftentimes, found himself among great names in comedy, which in turn, inspired him to continue to do well.

“I was in the room with greatness,” he said. “And thought to myself, I want to be greatness.”

Clint is the son of Sonji Catlin and Clint Akins and the grandson of Ora Clayton and Nate Connor.

Clint will continue in comedy participating in a DVD taping in January for Comedy Fest 2013. The DVD will be taped in Birmingham at the Civic Center.

“It is a blessing to be doing well,” he said. “It truly is nobody but God.”