Demetrius Johnson is the winner of the local Peace Poster contest sponsored by the Demopolis Lions Club. 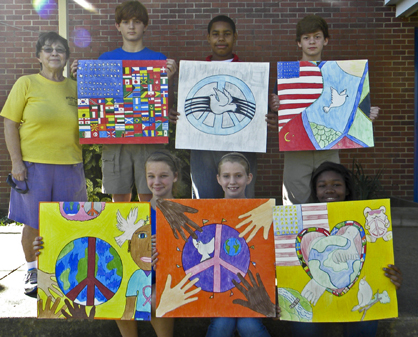 Twenty-four entries were submitted by Meggin Mayben’s students at Demopolis Middle School. The poster was selected by the local Lions Club for its originality, artistic merit and portrayal of the contest theme, “Imagine Peace.”

Kathi Wilson, Lions Club President, said she was impressed by the expression and creativity of the students at Demopolis Middle School.

“It is obvious that these young people have strong ideas about what peace means to them. I’m proud that we were able to provide them with the opportunity to express their visions,” she said.

Lions Clubs International is the world’s largest service club organization with 1.35 million members in more than 46,000 clubs in 206 countries. In addition to its efforts in conquering blindness, the organization has made a strong commitment to community service and helping youth throughout the world.

The Demopolis Lions Club was chartered on November 19, 1947, and has been serving the Demopolis community for 65 years. 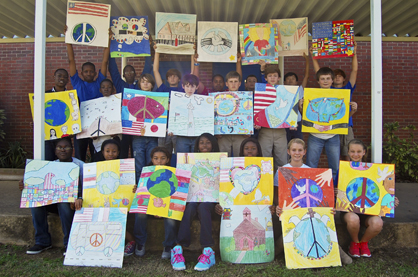