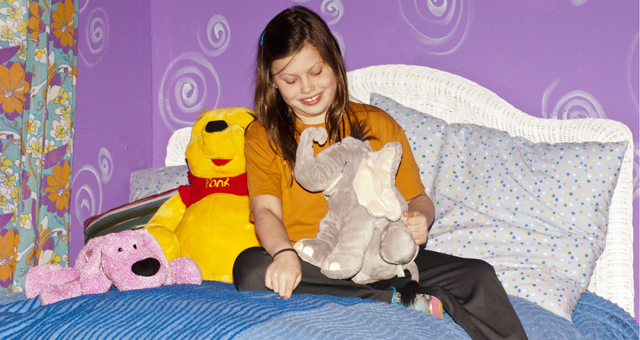 Larson Jackson will play Junie B. Jones in this year's Christmas on the River play.

Play director Jennifer Roemen describes this year’s Christmas on the River presentation, “Junie B. Jones: Jingle Bells, Batman Smells” as a story “everyone can relate to.”

“I don’t want people to shy away from the play because it’s a children’s play. It is for all ages. Everybody has been to school,” Roemen said. “It is a play about classroom friendships or lack of friendships, there will be a child in the play you can relate to.”

There were 59 children who auditioned for the play, though, there were only 11 available parts. Some of the children who didn’t receive main parts are still working with the play in other capacities such as preparing lighting and sound, creating props and serving as extras.

Also some children who tried out were able to be casted for the January play “Charlotte’s Webb.”

In conjunction with directing the play, Roemen has continued her efforts in working with the costume design as well. 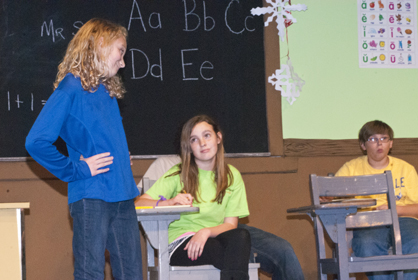 The Christmas on the River play is about a first grade class and shown are some of the children who will be in the play including Josie Holman, Mary Kate McPherson and Christopher Hoven.

The week prepping for the show has been one of mixed emotions for Roemen as she ensures costumes, stage preparation and cast members knowledge of the script are all ready for opening night.

“It has been fun preparing for the play, the kids are pretty much ready, though we still have a ways to go,” she said.

Admission for the performances are adults $10 and students $7.