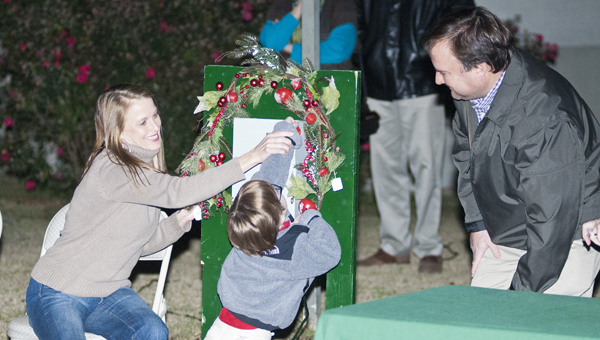 This year's 2012 COTR Special Child is Windham Lee Jr. He is shown with his mother Teila and her father, Windham Sr.

This year’s Christmas on the River special child Windham Lee Jr. knew he had a big job to do Wednesday night.

Those in attendance cheered as he turned the switch to light the Love Light tree at Bryan W. Whitfield Memorial Hospital, officially kicking off the 41st Christmas on the River. 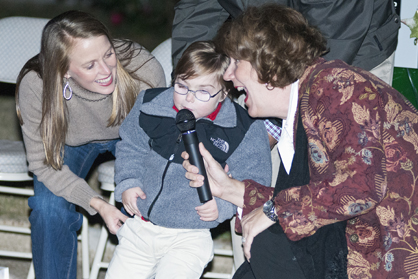 Windham Lee Jr. brought greetings to those in attendance of the 2012 Love Lights Tree Ceremony and is shown telling the audience, "Hello."

His dad, Windham Lee Sr., described watching his son light the tree as a “wonderful experience.”

Specialists determined at a young age that the younger Windham has Oral Facial Digital Syndrome Type I. Windham is now six-years-old. 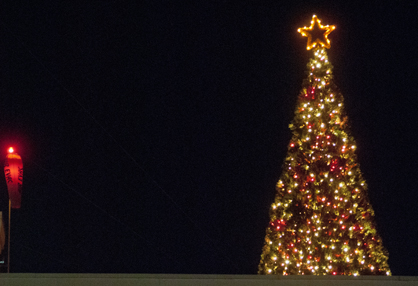 This year's Lighting of the Love Light Tree took place Wednesday, Nov. 28 at 5:30 p.m. on the BWWMH front lawn.

Daughter Miley is also a part of the festivities. She was named Young Miss COTR back in October and joined the other girls as hospital administrator Mike Marshall recognized this year’s COTR court.

“We are truly blessed to have so much support, this is a great way to start the Christmas season,” Windham Sr. said.

Many community members turned out for the event — Marshall called it the largest crowd they have seen in awhile.

“We want to thank the city and the Chamber for allowing us to be a sort of ‘opening act’ for all the COTR events this weekend,” he said. 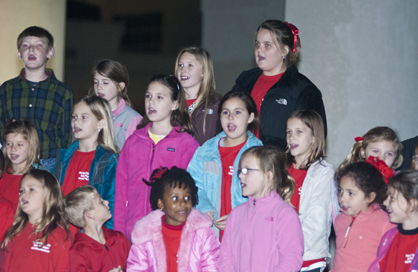 The First United Methodist children's choir. The choir sang Christmas carols at the event including, "Joy to the World" and "Silent Night."

Rebecca Culpepper, hospital auxiliary president, addressed Wednesday’s crowd and gave a review of the Love Lights ceremony through the years.

Closing the program was the First United Methodist Church children’s choir singing Christmas carols including, “Silent Night,” and “Joy to the World.”

Looking on as his son took pictures with family and friends, Windham Sr. smiled and said, “Despite his obstacles, he just loves life.”

Christmas on the River continues Thursday, Nov. 28 with the Lighting of Public Square at 5:30 p.m. The event also includes the crowing of St. Nick and the reading of the Christmas story at the Square downtown.