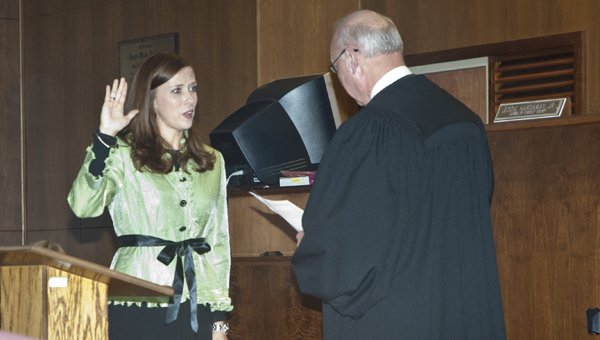 The Marengo County Probate Court will be losing a longtime fixture on Thursday when Judge Cindy Neilson will retire from office.

Neilson has been in the offices of the Probate Court for 41 years, and she has decided that it is her time to leave.

She came to work in the probate office in 1971 as the Chief Clerk under her uncle, Probate Judge Sammie Daniels. She worked in that position for 20 years until Daniels retired in December 1990. Upon his retirement, Gov. Guy Hunt appointed her to fill his unexpired term. 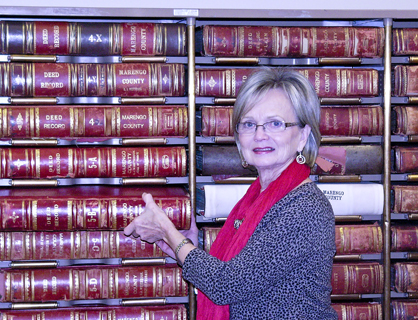 Neilson has worked in the Marengo County Probate Judge's Office since 1971. She was appointed probate judge in 1990.

She said that during her time working in the Probate Court, many improvements have been made to how records are kept and normal day-to-day operations are done.

“In the courthouse, everything was done manually when I started working here,” she said. “With improved technology, we have been able to make the tag renewal process easier. People can now renew their tags online. We also have gone from having hard copies of our records to scanning and imaging of them.”

She said her favorite part of her job was helping individuals.

“My political philosophy is to help people one person at a time,” she said. “I’m not one to lead big parades. My satisfaction comes from helping individuals and this position has given me that opportunity.”

She added that being Probate Judge brings a lot of responsibility that many people may not realize is there.

“The decisions a judge makes in court can alter the course of people’s lives,” she said. “The responsibility that comes with the job go with you everywhere you go. There are no holidays or vacations.”

Neilson said she doesn’t have any plans set in stone for her retirement.

“I’m just going to go home, and I think things will evolve from there,’ she said. “I love to work in the yard, so I think I will do a lot of that. I want to get more involved in the community, but I’m going to take my time and enjoy it.”

Neilson, 62, has been married to her husband, Claude, for 15 years and he has been retired the whole time they have been together.

“He has had to make a lot of sacrifices for me and my job,” she said, “and I am looking forward to spending more time with him.”

She said her decision to retire at this time is based on several factors, but mainly that she just feels that it was time.

“There comes a time when you know it’s time to go,” she said, “and this is my time. My father is 92 and my mother is 80 and I want to spend more time with them. It’s kind of bittersweet, but it’s time for me to go.”

She said she will miss the people she has come in contact with the most.

“That’s what I’ll miss most is the people I come in contact with. My staff and the people of Marengo County have been very supportive. I have enjoyed working with all of the attorneys as well. I love the work and I am going to miss the people.” 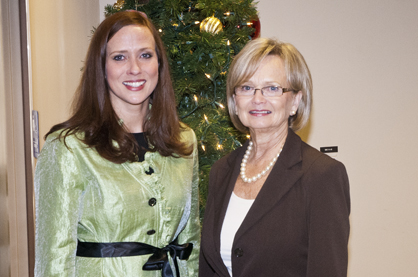 She has worked with her successor, Laurie S. Hall, for over a year, and said she knows she will do well in the position.

“She’s young, bright and energetic,” she said, “and she will hit the ground running.”

Hall was sworn in on Thursday, and Neilson told her to take the job seriously, take advantage of the opportunity and to have compassion.

During the ceremony, Tom Boggs spoke about Neilson and Hall, who he has worked with extensively over the years.

“Judge Neilson has always treated everybody with respect,” he said. “She will be remembered as one of the brightest judges in the state of Alabama. Laurie Hall will not miss a step. She understands the office, and she is very bright.”

After being sworn in by Judge Wade Drinkard, an emotional Hall thanked everyone who came to support her and those who helped her along the way to get to be probate judge.

“I am blessed to be here with my family,” she said. “It has been a long road, and I am thankful to God for helping me get here. I wouldn’t be here without Lloyd and Dinning. They helped mold me. I was just a country girl who was a nurse who has gotten to this position.”

She also said she would do her best for Marengo County during her time in office.

“I promise to do my best for Marengo County,” she said. “I believe I should give my heart to every case I see.”