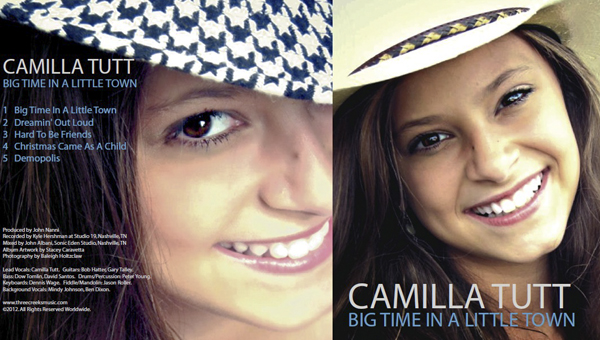 Camilla Tutt, 13-year old Demopolis Middle School student, will release her first album this Saturday at the COTR event Fair in the Square.

It was just a normal day for the Tutts, when four-year-old Camilla Tutt caught her mother’s attention after singing parts of the national anthem.

“When I heard her sing it, I was like wait, do that again,” her mother Marni Tutt recalled. “It was then I noticed she really had a talent.”

From that day until now, a lot has changed for the young singer.

The now 13-year-old Demopolis native is preparing for the release of her first CD, “Big Time in a Little Town” to be sold for $7 at Fair in the Square this Saturday.

“It’s really exciting,” Camilla said. “I think I will be more excited when I see the CDs come in and see people at the booth this weekend.”

Camilla will sing some songs at the booth during Saturday’s event alongside having karaoke for those passing by.

Tutt is a eighth grader at Demopolis Middle School and singing has always been her passion.

Camilla’s first song she fully memorized is one that is close to her and a representation of her faith, “Seek Ye First the Kingdom of God.”

A member of First United Methodist Church, Camilla has been actively singing at church programs and has made several singing appearances in various states.

“The community has really been supportive,” Camilla said.

Camilla describes being active in school (she is also a cheerleader) and balancing her singing endeavors as “pretty easy.”

Her mom, Marni, attributes that to Camilla being a very organized student along with managing all her other activities.

“One thing we pray about is that she will stay focused, maintain her grades and we want her to use her gift to the best of her ability,” Marni said. “She is a straight A student and a really good kid.” 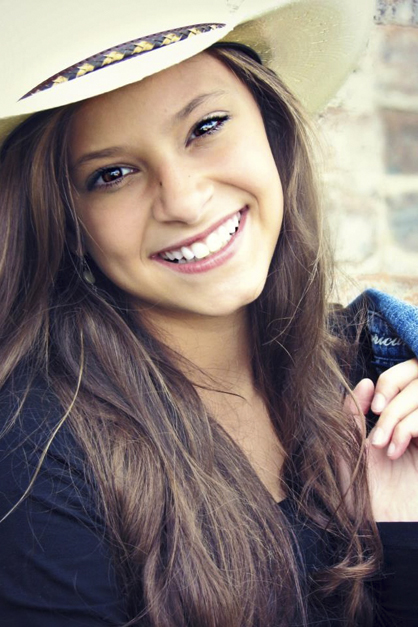 Camilla Tutt of Demopolis recorded her first album at age 13. Her friend and former DMS cheerleader BaLeigh Holtclaw, 14, took some pictures for her to promote the album.

The opportunity for Camilla to record her album first began from a connection made by her piano teacher Madaline Jacobs. She met Don Holmes, who worked with her and John Nanni on songs for her album. From there, opportunities arose for her to record an album at Studio 19 in Nashville, Tenn.

“God places people in your life that will open different doors for you. It’s like if he is for you, who can be against you,” Marni said.

Though, this called for numerous trips to Nashville for recording, Camilla and her family now have tangible fruits of their efforts with the release of the album.

“My family has been so supportive. Mama drives me to Nashville,” she said. She said she recorded the album from about April to September of this year.

Even with such a milestone at a young age, Camilla continues to look forward in her musical career.

Though, she wanted to be a neonatal nurse because of her love for babies, she said singing is something she really wants to pursue.

Those who support Camilla by purchasing the album can expect to rock to the title track, “Big Time in a Little Town,” and really hear her showcase her vocal talent on her hometown tribute song entitled, “Demopolis.”

“I wanted to be a neonatal nurse, because I love babies. But, when I was in that booth, singing those songs, I was like I could do this, this could be me,” Camilla said.