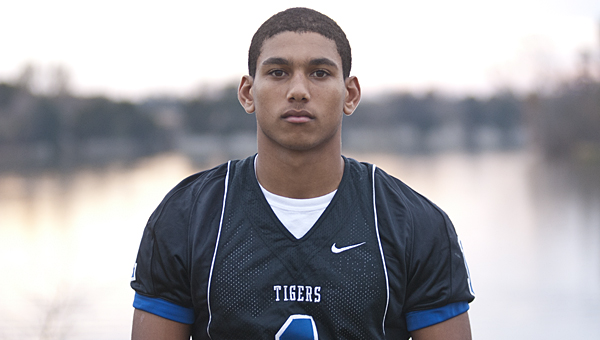 Demetrius Kemp is the 2012 Demopolis Times Player of the Year.

There are some football players you can watch on the field and just tell they are special.

Demopolis High’s Demetrius Kemp is one of those players. He played on every side of the ball for the Tigers in 2012 and made plays for the team that helped them win nine games this year.

That is why he has been named the Marengo County Player of the Year by the Demopolis Times.

Along with his defensive stats, he also led the team in kickoff returns with 15 returns for 385 yards and a touchdown. 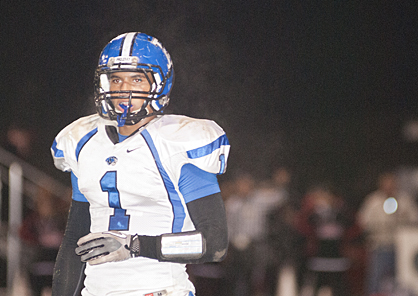 Demetrius Kemp in the second-round playoff game against Spanish Fort.

Kemp was also third on the team in rushing with 289 yards on 46 carries for three touchdowns.

Demopolis head coach Tom Causey said Kemp’s selflessness is key for his role on the team.

Kemp felt that he played as well as he could have this year.

“I think I did good,” he said. “I tried my hardest every game, and I did everything I could to help my team win.”

He said his favorite thing to do on the field this year was returning kicks.

He also said he thought the team played well this season, except for a couple of games.

“We played good, but we could have played better,” he said. “We were more together as a team this year than we were last year I think.”

Check back on Thursday for our Coach of the Year announcement and on Friday for our All-County team.