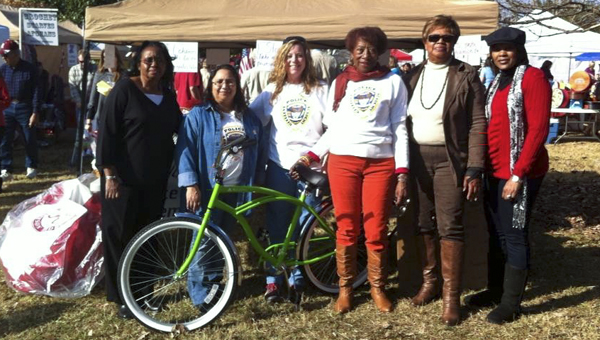 The associated raffled off several items during Christmas on the River. The items were donated by local businesses and included things like gift certificates, a Regions bike and an Alabama bean bag chair.

President of the Alumni Association Melanie Soronen said each year they ask area businesses to donate items to the raffle.

There were 56 winners and the club raised $621 for the Demopolis Police Department.