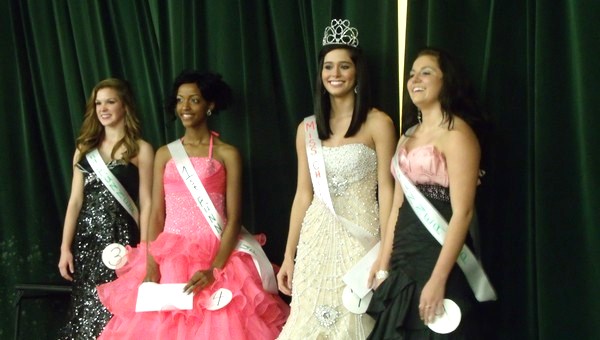 Demopolis High School senior Anna Stuart Cramer will wear two crowns this year as she was named Miss ChiLLyFest, in addition to being the reigning Miss Christmas on the River.

Cramer said it feels good to win both awards.

“I was very shocked, but also very excited,” she said.

Another familiar face to the COTR pageants also will wear two crowns this year. 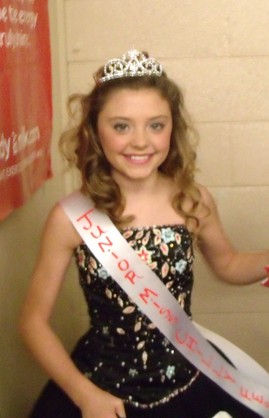 Laurie Hall, one of the coordinators for the pageants, said this year’s ChiLLyFest pageants were great.

“The girls were great, the help was great, everything was great,” she said. “We hope to continue to make it bigger and bigger each year.”

While these young women were competing in the 2012 ChiLLyFest pageants, several attendees were enjoying the outdoor activities.

December’s warm weather created a beautiful atmosphere for the outdoor event granting those attendees time to mix and mingle all while enjoying the food that drives the event – chilli.

Tables were set up in the downtown area with vendors and those who were offering chilli to the public.

Though it was Edward Hare’s first visit to Linden’s premier event, ChiLLyFest, he is sure it won’t be his last.

“I am really enjoying the event,” Hare said. “I drove from Thomasville to enjoy the activities.”

Hare said he was enjoying talking to different people at the event.

“Everyone is just so nice and I love being nice to people,” Hare said. “It doesn’t cost anything to be nice.”

Families gathered around the performers during the Gospel explosion and children dashed one in front of the other to be the first at all the games.

Performers took to the stage during the Gospel explosion held that morning. In addition, Demopolis native Camilla Tutt attended the event and addressed the crowd.

Tutt recently released her first album, “Big Time in a Little Town,” and she attended ChiLLyFest enjoying the activities and promoting her album.

A monster slide was set up next to games where, if completed correctly, children would be able to take home a goldfish or a bunny.

A host of events filled the weekend all leading up to the Christmas Parade of Lights taking place at 6:30 p.m Saturday night.

Other winners for the ChiLLyFest pageants in their respective categories are as follows: