Girl with local ties to march in Rose Parade

A high school senior with ties to the Black Belt will be marching in the Bands of America Honor Band in the 2013 Tournament of Roses Parade in Pasadena, Calif. on Jan. 1.

Eileen Humble is the granddaughter of Verne and June Humble of Demopolis and Royce and Addigene Harbor of Eutaw, and she is originally from Eutaw. She lives in Lacombe, Alberta, Canada, and she is the drum major of the award-winning Red Deer Royals Marching Show Band in Red Deer, Alberta, Canada, under the direction of Michael Mann. She has marched and performed with the band for four years.

A duel citizen of the United States and Canada, she was selected by Music for All to be the only Canadian member of the Bands of America Honor Band. 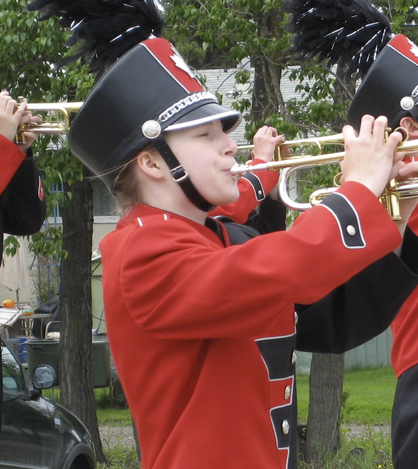 “To be selected for this unique opportunity is a once-in-a-lifetime experience for these students and a testimony to their excellence and achievements,” Martin said in a press release. “Each student is one of only 325 members chosen to be part of the Bands of America Honor Band, and their participation deserves the admiration and support of everyone in their community.”

Humble comes from a family full of musicians. Her twin sister, Natalie, plays trumpet with the Cadet Honour Band of the Canadian Prairie Region. Her family also performs with the Canadian University College Chamber Orchestra with both Eileen and Natalie on trumpet, their mother on French Horn and their step-father, Darren George, on trombone. Her uncle, Homer Humble of Demopolis, plays different kinds of trumpet.