Robert Elisha “Bob” Ledyard Jr., peacefully departed this earthly life on Dec. 12, 2012. This kind, caring, and accomplished gentleman will be sorely missed by his family and many friends. 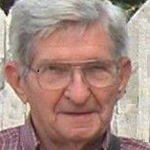 Bob was born May 5, 1919, in Beaumont, Texas, to Robert E. Ledyard Sr., and Fannie Lou Brooks Ledyard. As an infant, he returned with his parents to his father’s childhood home in Montgomery. After graduation from Sidney Lanier High School in 1937, Bob was employed by Alabama Power Company as a tree trimmer.

He was member of Lambda Chi social fraternity. On Sept. 30, 1942, he enlisted in the U.S. Army and continued his engineering studies as a part of the Army Specialized Training Program (ASTP).

He was later discharged from the Army and immediately commissioned as a Second Lieutenant in the U.S. Marine Corps after being one of fifty engineering students so selected following a nationwide competition. He saw combat as an officer in the First Marine Division in the Pacific Theater in Pelelia, during World War II. He was awarded the Bronze Star for his service in Okinawa.

In 1946, he returned to his studies at A.P.I as a Co-op student and to his employment with Alabama Power Company. In August 1947, he received his Bachelor of Science in Electrical Engineering degree. He was a member of Eta Kappa Nu and Tau Beta Pi, two engineering honorary societies. Following graduation, Bob resumed full-time employment with Alabama Power Company and worked in several engineering, supervisory, and managerial positions in Demopolis, Clanton, and Selma. He had been district manager in Selma for 15 years when he retired from Alabama Power Company in 1985 after more than 48 years of service.

On Jan. 17, 1950, Bob made what he called “my best decision” when he married Edna “Sister” Griffin. They moved to Selma in late 1957, reared their 3 children, enjoyed hundreds of wonderful friends and acquaintances, and reluctantly left on their 56th anniversary because of Edna’s terminal illness. Bob lived his remaining years in Huntsville.

A memorial service will be held at 11 a.m., Saturday, Dec. 15, 2012, at St. Paul’s Episcopal Church in Selma with a graveside service to follow at 2:30 p.m. at Riverside Cemetery in Demopolis.

Prior to the service, visitation will be in the Parish Hall of the church at 10 a.m. In lieu of flowers, the family requests that donations be made to the Leukemia & Lymphoma Society, the American Heart Association or St. Paul’s Episcopal Church.