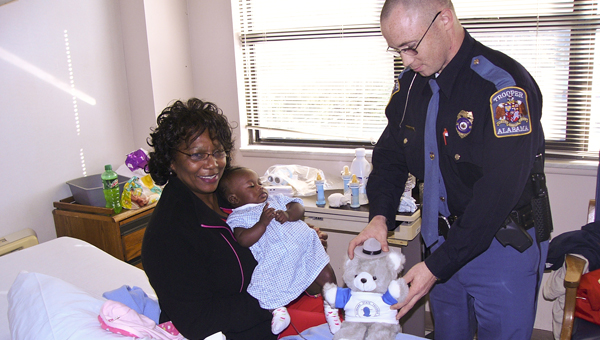 Aryina James, three months old, is held by her great-grandmother Virginia Cosby. She received her bear from Trooper William Durden. 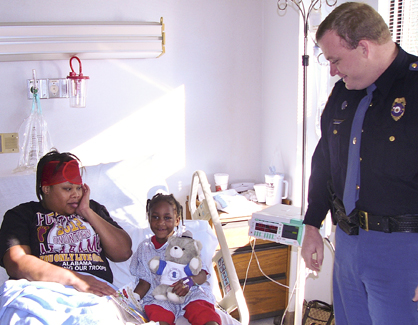 Mariah Crocket, 4, is sitting with her mother, Tacora Crockett. She received her bear from Trooper Heath Heaton.

The teddy bears are made available by the Alabama State Trooper Association, which purchases them with funds donated by the public. This is a 20-plus-year tradition that is done around the state.

After giving the bears to the children, the Troopers had several bears left over. They donated these to patients in the geriatric ward.