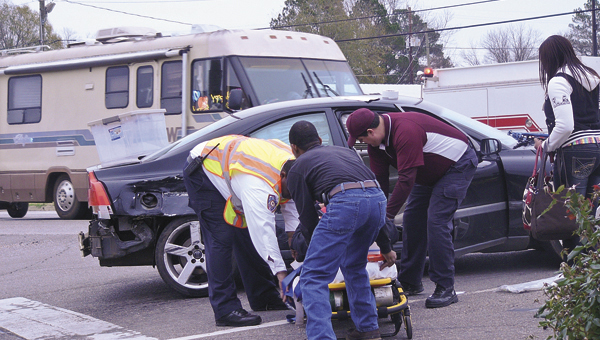 A person involved in the accident is shown on a stretcher.

The accident occurred Monday afternoon by McDonald’s near South Walnut Avenue  and Highway 80.

There were two passengers in one car and one passenger in the other vehicle.

Several officials were on the scene responding to the accident. The names of those involved in the accident were not released.

A camper that was blown several feet during Tuesday's storm. One thing David Hampton will remember after Tuesday’s EF-1 tornado... read more