HUNTSVILLE — One of the first students to earn a master of science degree in modeling and simulation at The University of Alabama in Huntsville was Retonya Dunning, a native of Sweet Water.

She was awarded her diploma on Saturday, Dec. 15 in downtown Huntsville.

Approximately 900 students were expected to complete their degree requirements and participate in the university’s fall commencement ceremony. 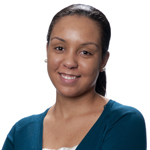 As a graduate assistant, Dunning has worked on a combat modeling project that involved recreating a historical battle utilizing VR-Fortes software.

“I also performed research which lead to the statistical analysis of Likert scale data analysis using gamma statistics,” she said. “My academic experience and relationship with my professors at UA-Huntsville have equipped me with the necessary knowledge and skill set, and networking opportunities which will lead to success in my career.”

Dunning has accepted employment with Northrop Grumman in Huntsville.

The term modeling is equivalent to selecting specific attributes and facets of a selected physical or abstract system or process, and simulation is the imitation of the operation of a real-world system or process after it has been developed.