New board members Clarke Kirby, Ken Tucker, Charlotte Henson and Kevin McKinney were present for their first meeting on Jan. 10. 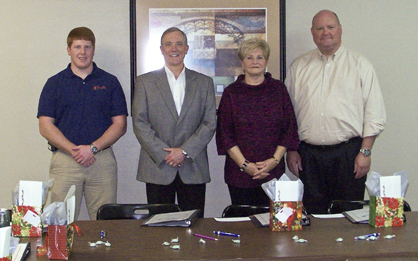 Joy Lee Gunter has also been recently named to the board and will be at the next meeting in March.

All new members will participate in an upcoming orientation day to further introduce them to MCEDA, its history, structure, activities, goals and objectives. At the January meeting, members were updated on projects, issues, and the new facility, formerly the Linden Armory, that will become the new MCEDA offices as well as a small business incubation facility.