The Marengo County School Board lost a long-term member when Ernestine Mullen retired after 11 years.

“I think she (Mullen) did an outstanding job through the years,” said Marengo County Superintendent Luke Hallmark said. 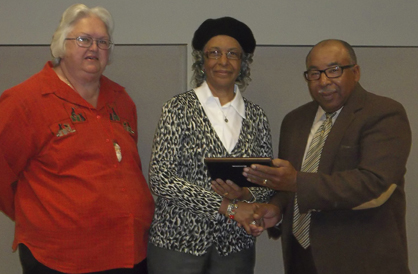 Ernestine Mullen has retired from the Marengo County Board of Education. Above she is presented a plaque by past chairman Arthur Hopson with Babs Pritchett.

“I think she has always done what was best for the kids in our school system,” Hallmark said. 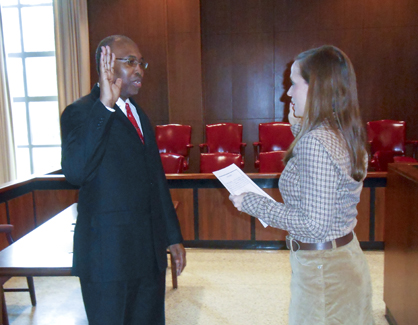 Replacing Mullen will be Freddie Charleston, who was recently sworn in by Marengo County Probate Judge Laurie Hall.

With Charleston at his swearing in were his mother, wife and daughter.

“I think Charleston knows the community and the county,” Hallmark said. “He is a graduate of John Essex and was raised here.”