Kelley Mullins and Brittney Knox were among the two women to join the Pilots.

President Anne Cross and member Joyce Weiss helped to initiate the two members and asked both to use their talents and leadership skills in the club. The pinning of the two members also took place Tuesday. 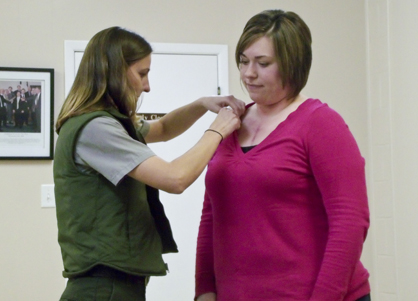 A mission of the pilot club is to help people affected by brain related disorders. Mullins and Knox will join a club with a local tradition of several fundraisers.

Knox is a writer at The Demopolis Times and Mullins works at Robertson Bank at the Westside branch.