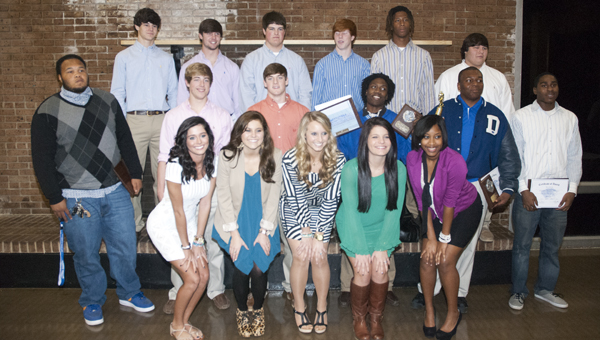 All players from the 2012 Demopolis Tigers were recognized for their contributions to the team and accomplishments throughout the season.

Head coach Tom Causey had high praise for the group of young men he coached in 2012.

“It was a lot of fun to coach these young men,” he said. “If you told me in August that we’d go 9-3 this year, I’d have taken it. This was a great group of young men.”

The coaching staff recognized several players for their performances in 2012. Those who received awards are: 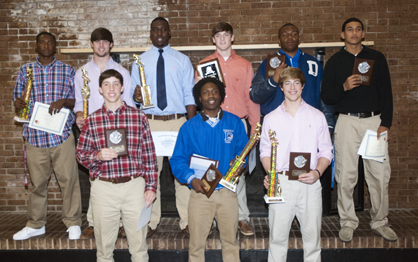 The Tigers finished the season with a 9-3 record and made it to the second round of the playoffs, where they lost to the eventual Class 5A state champion, Spanish Fort.