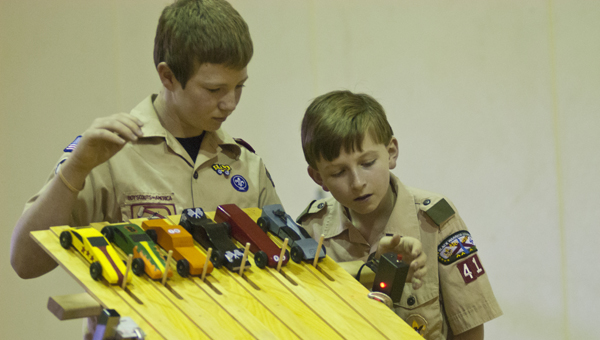 Boy Scouts Noah Hay and Luke Lindsay set cars up to race down the track during Saturday's pinewood derby at Fairhaven Baptist Church.

Cars of various shapes and colors sped around Demopolis on Saturday. These joyriders weren’t on the highway though, but instead on a wooden track at Fairhaven Baptist Church.

The annual Cub Scout Pinewood Derby was held Saturday when 20 local scouts put cars they designed up against each other.

The derby has a long history in scouting. It started in California in the 1950s and soon spread across the country.

The rules haven’t changed much since the early days — scouts shape and decorate their cars and then race them down a wooden track.

During Saturday’s race, each scout’s car was raced six times. A computer recorded times from every race and set the line-ups for all 20 heats.

After the final checkered flag, scouts with the best cumulative times were given awards. 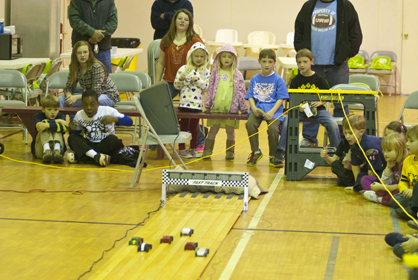 Scouts and their family members cheer on their cars during Saturday's derby.

A few last-minute adjustments had to be made to a couple of cars Saturday to meet weight requirements.

The scouts with the top three overall times were Slater Brock, 13.353 seconds; Jim Lindsay, 13.483 seconds; and Wyatt Card, 13.631 seconds. The three will get the chance to go on and compete March 2 in the council derby in Tuscaloosa. 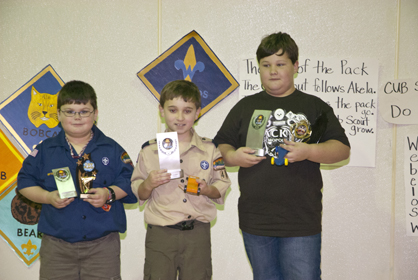 Awards were also given to the top three finishers by age group.

For more photos from the derby, see Wednesday’s edition of The Demopolis Times or our page on Facebook.