Demopolis downs Bibb County in game one of double-header 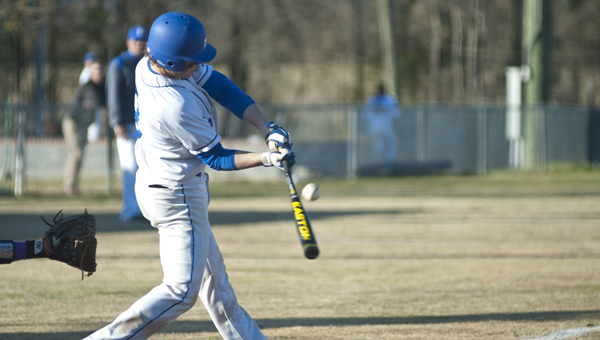 Mason Rogers connects with a pitch in Tuesday’s early game against Bibb County. The Tigers won 4-3.

The Demopolis Tigers defeated the Bibb County Choctaws 4-3 Tuesday night in the first game of a double-header.

Wesley Anderson started the game for the Tigers. Bibb County was able to jump out to an early 1-0 lead in the first on a passed ball.

The game was quiet until the bottom of the fourth when Demopolis was able to get a rally going.

Mason Rogers started the inning off with a single and Anderson brought him home on a double to tie the game. Will Tucker brought Anderson around on a single to give Demopolis the lead heading into the fifth inning.

In the top of the fifth, a bases-loaded fielding error tied the game at 2-2. 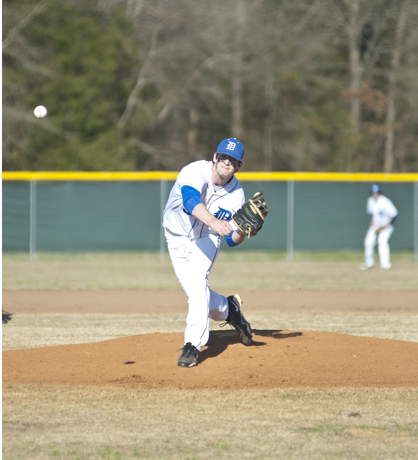 Wesley Anderson was credited with the win in the first game of Tuesday’s double-header against Bibb County.

The Tigers got the lead back in the bottom half of the inning. An RBI double by Rogers scored Josh Mangum, and a sacrifice fly scored Anderson to put Demopolis on top 4-2.

Bibb County got another run in the top of the sixth on a throwing error by Demopolis, but Matt Eicher was able to get out of the jam with a one-run lead.

Rogers came in to close the game out for Demopolis in the top of the seventh. He struck out the first two batters he faced, but then Bibb County was able to load the bases and threaten to tie or win the game.

He got the final batter to pop out to secure his third save of the season.

The Tigers got the win in the second game of the double header as well, 8-6.

The two wins put Demopolis at 10-2 on the season.