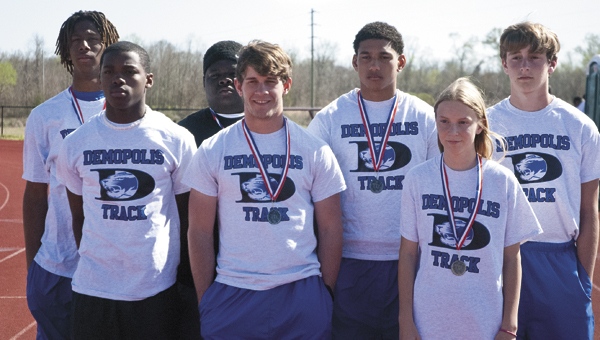 Demopolis’ track team competed in their first meet on Saturday, March 16, at the Northridge Invitational in Tuscaloosa, and seven athletes earned medals.

“We did well,” he said. “There’s room for improvement, but it was a good start. We’ve just got to keep working and getting better every day at practice.”