The team brought home seven first places and several other awards as well. 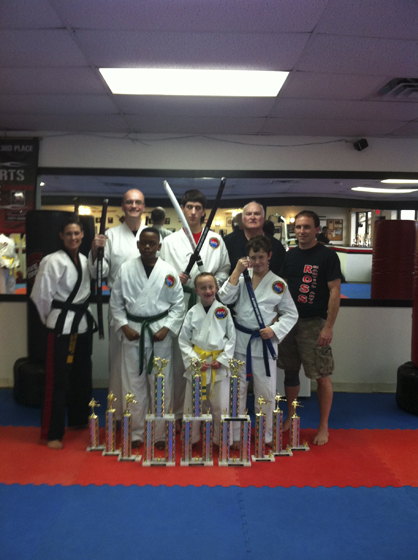 Members of the Ross Martial Arts Competition Team participated in the Decatur tournament on March 23. Shown on the front row are Cordell Washington, Charlie Duke and Brett Schroeder. Shown on the back row are Ronda Russell, Jake Duke, Tristen Fitz-Gerald, Ron Ross and Jay Russell.

“The Ross Fight Team competes in an average of six open martial arts tournaments each year,” Jay Russell, co-owner and instructor at Ross Martial Arts, said. “By placing at these tournaments, competitors earn points that can qualify them for recognition as state champions at the end of the year.”

This tournament was the first in the 2013 competition season in Alabama and is sponsored by the Alabama Karate Circuit.