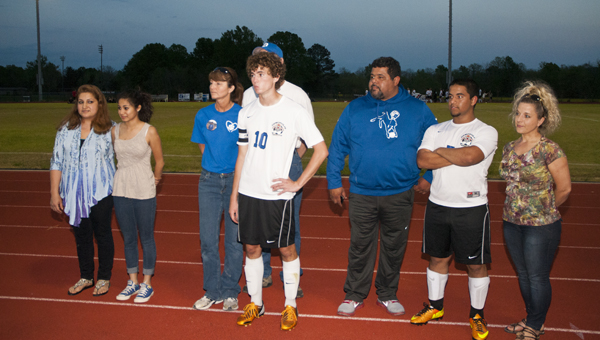 Holy Spirit jumped out to a 2-nil lead before halftime, and Demopolis was unable to recover.

The Titans came out of halftime and got another quick goal, but the Tigers settled down and scored on a shot from Austin Brooks that was assisted by Adam Brooker and Christian Corbett. 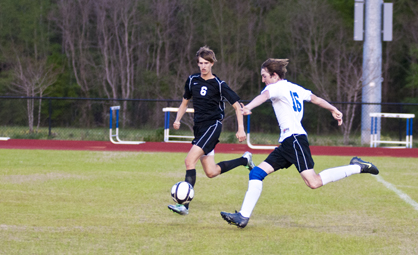 Demopolis’ Austin Brooks attempts a shot in the first half of the game against Holy Spirit on Wednesday night.

Head coach Keith Jackson said he was proud of his team for staying in the game the whole time.

“We did a good job staying in the game and keeping our heads in it,” Jackson said. “We faced a really good team tonight, and I’m proud of the way we played.”

Three seniors were honored at halftime during the game: Nathan Hay, the son of Larry and Cindy Hay; Jace Rivas, the son of J.R. Rivas and Tina Pope; and Myra Cardenas, the daughter of Jose and Florina Miranda, and the team’s manager and head ball girl.

“They have contributed a lot for us,” Jackson said. “We’re going to miss them next year.”