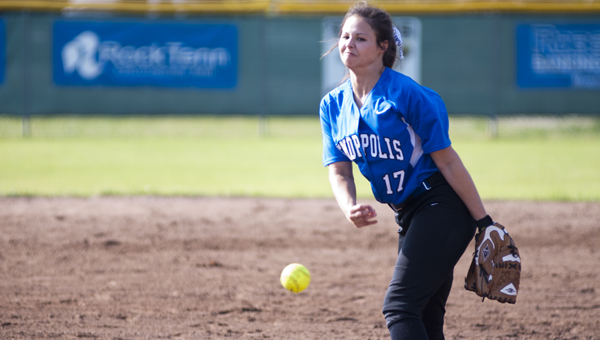 Demopolis senior Danielle Tatum pitched a 3-0 shutout against Brookwood on Monday afternoon. She had six strikeouts and only gave up four hits.

Demopolis pitcher Danielle Tatum shut down Brookwood High School on Monday, and the Lady Tigers came away with a 3-0 win.

Tatum struck out six Lady Panthers and only gave up four hits in the win.

Demopolis got on the board early after Sydney Colyar reached third base on an uncaught third strike followed by a throwing error by the Brookwood catcher. Alexis Jones then hit a single to bring in the run and give the Lady Tigers a 1-0 lead after the first inning.

“The early run was very important,” assistant coach Stephen Campbell said. “It relaxed Danielle and allowed her to pitch her game. Our defense was outstanding tonight backing her up.”

Demopolis added their last two runs in the bottom half of the fifth inning. Victoria Washburn and Tatum both singled early in the inning to give the Lady Tigers two base runners with two outs. Jones brought both runners home on a single to the outfield. 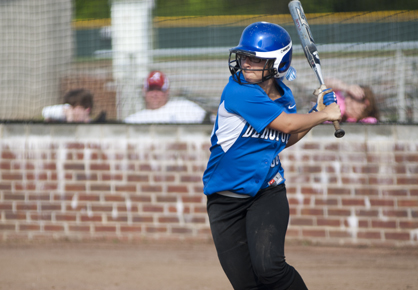 Demopolis senior Victoria Washburn attempts to use her slap hitting ability to get on base in Monday afternoon’s game against Brookwood.

Jones had all three RBIs for the Lady Tigers in the game. Washburn, Tatum, Jones, Zoe Lewis and Riley King all had hits for Demopolis in the game.

The Panthers threatened with two runners on base in the bottom of the seventh, but Tatum got out of the jam to get the win.

“We did a lot of work in the cages to get our offense going this past week,” Campbell said. “If we make contact, good things are going to happen. We didn’t strike out much today, and that was a big improvement over last week. Danielle and Alexis played great, and our defense made plays. Offensively, when we needed a hit, we were able to drop one in there.”

The win moves Demopolis to 9-10-1 on the season. The Lady Tigers will play at Hale County on Thursday at 5 p.m.