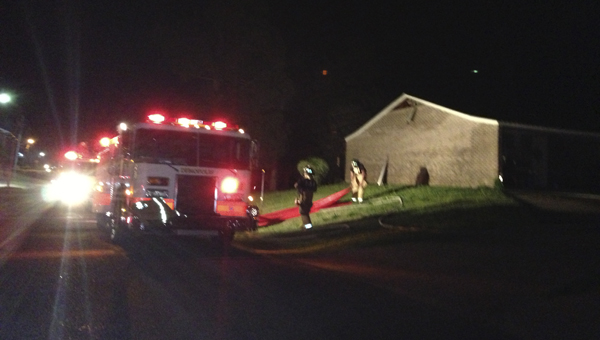 The fire started about 8:30 Tuesday night in the attic space between two units, according to firefighters on the scene.

The fire was put out and no injuries were reported. The blaze was contained to the attic, though some roof and water damage did occur.

Most of the apartments were not affected by the fire. Check back for updates on this story.