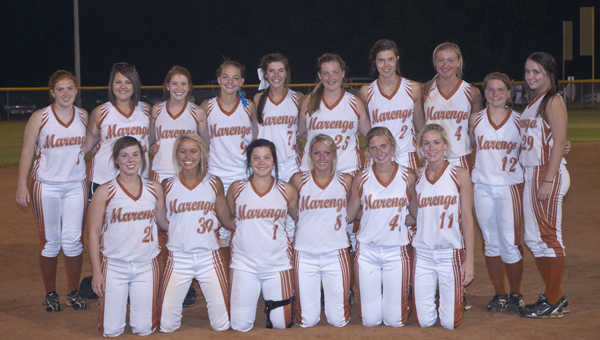 The Marengo Academy Lady Longhorns won the AISA region tournament Friday night and will play in the state tournament next Friday and Saturday.

The Lady Longhorns defeated Patrician Academy 10-0 Friday night behind a two-hit shutout from Andrea Edmonds. Edmonds faced the minimum number of batters for the second night in a row.

Both teams started the game strong defensively, and the Marengo Academy defense helped Edmonds with two double plays to allow her to face the minimum number of batters.

The game was scoreless until the bottom of the third inning. Chandler Stenz doubled with two outs, then advanced to third on a passed ball and scored on a throwing error from the catcher to third base.

The Lady Longhorns added one more run in the bottom of the fourth on an RBI single from Edmonds that scored Brooke Smyly.

Two fielding errors by Patrician in the fifth inning helped load the bases for Marengo Academy, and Reesa Holifield capitalized on the situation. She launched a grand slam over the center field wall that broke the game wide open, giving Marengo a 7-0 lead. Holifield is a senior, and this was her last home at bat of her career.

In the top half of the sixth, Edmonds shut down the Lady Saints, and got her team off the field quickly. She led off the bottom of the sixth and singled. Alexia Johnson then walked, and both runners advanced on a passed ball. Taylor Barley singled, and Kimberly Moore, who was the courtesy runner for Edmonds, was able to score. 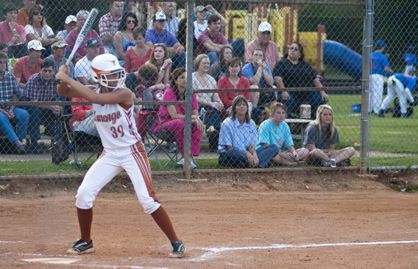 Stenz grounded out in the next at bat, but brought in Johnson to make the score 9-0. Anna Michael Crocker singled to bring in Barley to end the game due to the 10-run rule.

He said the team will continue to work on hitting line drives, and not popping the ball up.

“We are going to keep working on hitting and getting runners on base,” Stenz said.

Marengo Academy will play in the AISA state tournament Friday, May 3 in Montgomery at Lagoon Park. Their first game will be at noon against Edgewood Academy.