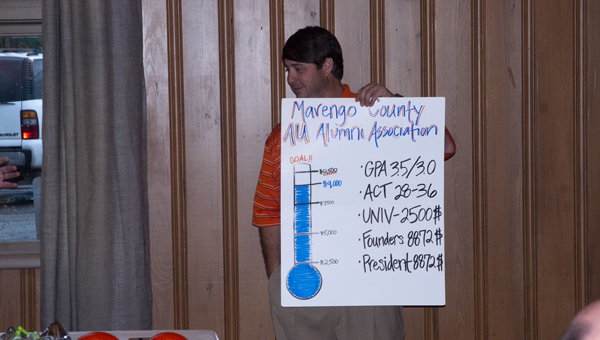 The Marengo County Auburn Club held its fourth annual banquet Wednesday night, and the club is only $3,000 short of achieving its goal of starting a scholarship for local students to be able to go to Auburn.

The scholarship, when available, will be worth $500, and will go to one student from Marengo County. A student must have a 3.5 grade point average and make at least a 28 on the ACT to receive the scholarship.

“This will give the opportunity for someone to go to Auburn from Marengo County that may not have been able to do it financially before,” Windham said.

He added that after the $12,500 is reached, the club will continue to raise money, and for every $12,500 achieved, the club can offer another scholarship.

A meeting of alumni from a Southeastern Conference school would not be complete, though, without talking about football. Auburn cornerbacks coach Melvin Smith was the guest speaker at the banquet, and had high praise for his secondary and what he saw during spring practice. 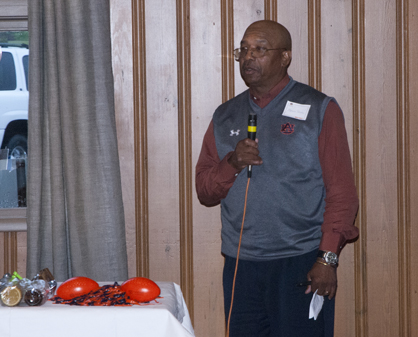 “Judging from what I saw this spring, our secondary will be much improved,” he said. “I’m pleased with how spring practice went. We made a lot of progress.”

Smith added that head coach Gus Malzahn wanted the coaches to tell the clubs they visit that it is “a new day” at Auburn, and that fans need to forget about last season and begin looking at the future.

“Coach Malzahn wanted us to tell you that it is a building process,” Smith said. “There are some deficiencies on the team that we have to fix, but we are making progress. Spring practice was very productive.”

“Everywhere I’ve been, from high school to the SEC, I’ve wanted to win the state championship,” he said.