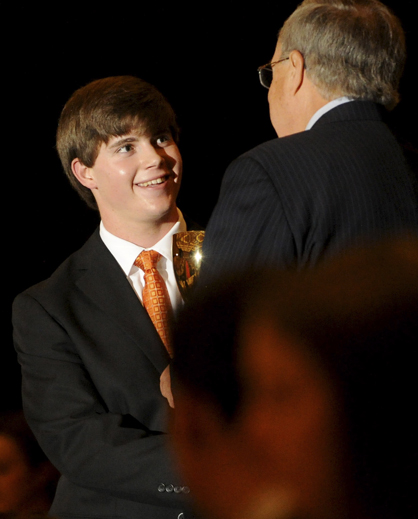 Davis maintained a 4.0 GPA at Sweet Water and is valedictorian of his senior class. He made a 32 on his ACT and has received a scholarship to attend Auburn University where he will major in aerospace engineering.

He was a four-year starter at quarterback and helped his team earn two state football championships and is also an All-State baseball player.

Davis also has served in his youth group in various ways and done mission work locally and in other states.

The Bryant-Jordan Scholarship Program recognizes some of the state’s best and brightest high school seniors each year. The Alabama Sports Hall of Fame in conjunction with the Alabama High School Athletic Association created it in 1986.

It is supervised by the board of directors of the Bryant-Jordan Foundation and honors Alabama students who have achieved a level of excellence in the areas of academics and athletics. The different areas considered are academic, athletic, leadership, community and service.