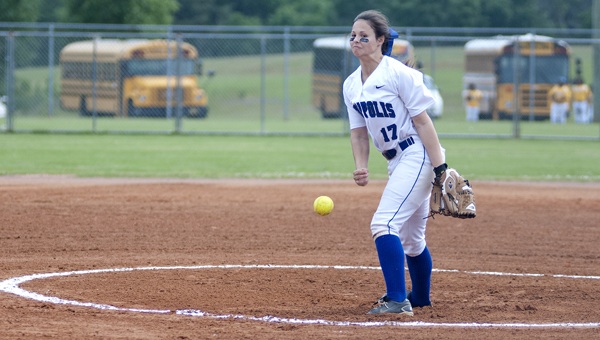 Danielle Tatum started the game for Demopolis against Marbury in the AHSAA Regional Tournament in Troy on Friday.

A lack of focus mixed with a six fielding errors cost the Demopolis Lady Tigers the first game of the AHSAA Regional Tournament in Troy on Friday afternoon.

Demopolis fell to the Marbury Bulldogs 13-6, and will have to win their second game Friday night to be able to continue their season.

“We’ve got to regroup and focus on our attitude and not wasting opportunities,” head coach Joey Browder said.

Marbury wasted no time scoring in the game by putting three points on the board in the top of the first inning. Two fielding errors by the Lady Tigers in the inning kept runners on base, resulting in three runs for the Lady Bulldogs.

Demopolis answered in the bottom of the first with a leadoff single by Victoria Washburn. She moved over to second with a steal, and a single by Alexis Jones brought her in. Jones later scored on an RBI single by Courtney Lawrence, bringing Demopolis to within one at 3-2 after the first. 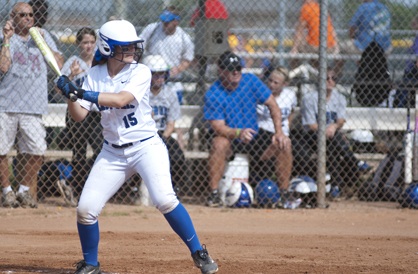 Courtney Lawrence had two RBIs for Demopolis in their 13-6 loss to Marbury.

A walk started the inning for the Lady Bulldogs, then two fielding errors allowed two runs to score. Two RBI singles and an RBI double gave Marbury an 8-2 lead going into the bottom half of the third inning.

The Lady Bulldogs brought in two more runs in the fourth to stretch the lead to 10-5. Demopolis wasn’t able to string hits together to make a rally, and Marbury scored three more runs in the top of the seventh.

Demopolis got one back in the bottom half of the seventh on an RBI single by Lewis that scored Sydney Colyar, but the Lady Tigers didn’t have enough to overcome the deficit.

Browder said he felt the main problem in the game was a lack of focus from his team.

The Lady Tigers will play Chilton County later on Friday night. If Demopolis falls, their season will come to an end. If they win, they will continue playing Saturday.