The freshman pre-medical major is the daughter of Kim and James Pearsell of Meridian. The pageant is sponsored by the Blue Key Honor Society at the University of West Alabama.

She was crowned by Miss Paragon 2012 Erica Quigley. Ip says it is a blessing to receive this title. 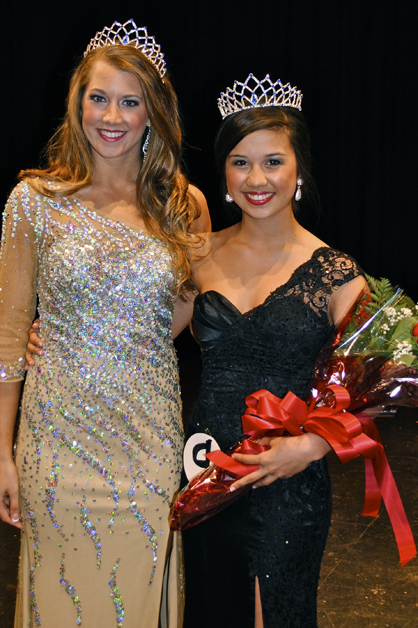 “The pageant was such a great experience, and I am beyond honored to represent the University of West Alabama as Miss Paragon,” Ip said. “The group of girls that I had the privilege of walking on the stage with is truly one of the most gorgeous groups I have ever seen. All the contestants have a light that shines brightly and their beauty definitely goes way deeper than their make-up.”

Blue Key Fraternity President Jeremy Sheffield served as an emcee for the event along with Erica Quigley, Miss Paragon 2012. Entertainment for the event was provided by Tiger Idol Contestants Nia Austin, Sharlie Brooks and Nicole Siggers. Tiger Idol winner, Siggers, was chosen via text live from the pageant.

Blue Key is a national leadership honor society that recognizes men and women for leadership in extra-curricular and academic affairs. The Miss Paragon pageant raises money for the Blue Key emergency fund used to help students who cannot afford books.