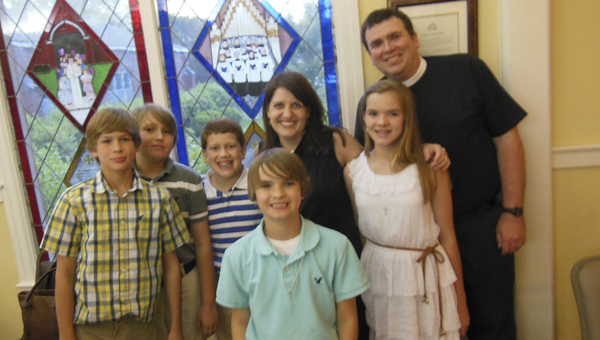 Some of the younger members confirmed Wednesday into Trinity Episcopal Church with the Rev. John David Barnes and Amanda Barnes.