For the class, taught by third-degree black belt Bob Barton, this was their first competition since the program began in January.

“I was really proud of everyone,” Barton said. “They all did exceptionally well.”

The group returned to Demopolis with eight medals from five competitors. 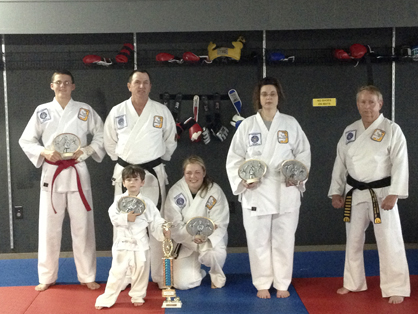 “Even the younger kids who have never been to a competition before did well,” Barton said.

Barton said the reason they competed in the Mississippi championships is that it is a lot closer than the Alabama championships. The team plans to continue competing in the future.