Westside Elementary School hosted Art Enrichment Camp June 3-8 kicking off the first of three weeks of activities held at the school during the summer.

“This camp gives children the opportunity to learn about different types of art as well as creating these types of art,” Elsie Collins, this year’s director, said.

“They not only leave with more knowledge about the art but a box full of creations to hang on the refrigerator,” Collins said.

Held once a year during the summer, Art Enrichment Camp is home to many helpful citizens of Demopolis. Collins was assisted by helpers Christine Anderson, Lakenda Bruno, Rachel Encland and Antwaniqua Alston. 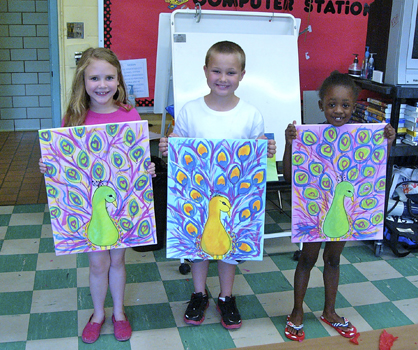 Students are shown holding their Art Week photos. Lauren Smith, John Robert Copeland and Taliah Issac were a part of the camp.