In the Major League Baseball Pitch, Hit and Run competition sectionals, Cole Wilson of Demopolis won first place in the 9/10-year-old age group, and he will compete in the team championship competition at Turner Field in Atlanta on Saturday, June 15. 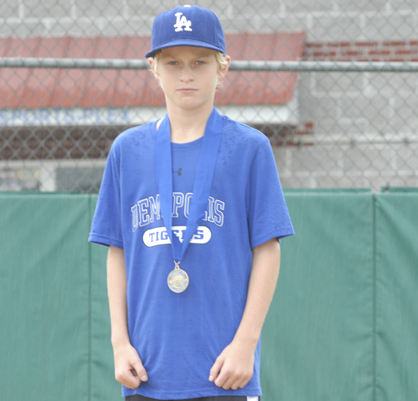 Cole Wilson will compete in the Team Championships of the Pitch, Hit and Run competition in Atlanta on June 15. He got there by being a top-three qualifier for the 9/10 age group in this region.

Wilson, 10, said he is looking forward to being on the Atlanta Braves’ field.

“I’m excited about being on the field and getting to meet the Braves,” he said.

Wilson will also get a chance to watch the Braves host the San Francisco Giants that day.

Three boys and three girls from each age group in the region get the chance to go to the team championships.

In order to advance to the finals, which will be played in New York at the MLB All-Star Game, the Team Champion in each group will be compared to the other Team Champions from all 30 regions. Only the top three from each age group across the nation will advance.